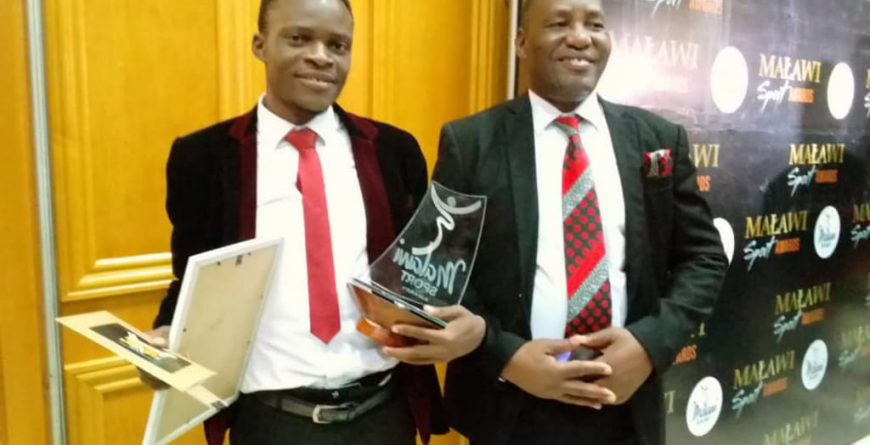 Malawi’s 100 and 200 metres champion and Malawi University of Science and Technology University (MUST) students, was last evening voted the best sportsman during the Malawi Sports Awards held at Bingu International Convention Centre (BICC) in Lilongwe.
For Lifa, this is a huge win as he had to brush off competition from South Africa’s Premier Soccer League lead scorer and Flames forward Gabadinho Mhango and UK based taekwendo champion Chimwemwe Guba.
In fact, Lifa had the odds stuck against him going into the finals as he is was the only one who does sports, Athletics, on part time because he combines it with his studies at MUST.
Both Mhango and Guba are full time into sports and based outside Malawi where they enjoy top level and professional facilities and coaching.
Speaking in an interview this morning, Lifa said he was excited to triumph against such tough competition.
“I am very happy because honestly I did not expect it, especially if you look at the people I was competing with in my category. I am thankful that the judges were not looking at names but achievements, that is why I was the winner,” he said.
“My excitement was exacerbated by the fact that this was my first time to win such a national competition.”
Lifa said the award will encouraging him to work harder on his training.
“Obviously the award has amplified my motivation,” he added.
Although MNSC did not clearly explain the strengths of the nominees in their respective categories, Lifa said being new and breaking some records along the way, made him outstanding. Lifa is only 18 months old in serious athletics.“In 2019 I was number one in Botswana during Gaborone international meet (B category despite this being my first international competition. I also broke the Malawi national record at the same time closing the finishing line with 21.75 seconds.
“I also won three gold medals during the national track and field in June, one for 100 meters, another for 200 meters and the final one for long jump,” said Lifa of some of his achievements that might have won him the nomination.
Lifa also participated in the All Africa Games in Morocco where he emerged number five in his heat and in so doing breaking the Malawi 100 meters record by clocking 10.79 seconds.
“In 200 meters, I ended up on position four in a heat of eight athletes. During this race, I also broke my own previous record of Gaborone by reducing the time from 21.75 seconds to 21.31. After analyzing the performance of all athletes who went to Morocco, I was chosen as Team Malawi flag bearer,” said Lifa who also participated in the World Championship in Doha, Qatar, where he came out third in a 100 meters heat of eight athletes and in the process breaking his own record of Morocco, by reducing the time from 10.79 seconds to 10.72.
“It means this year alone I have broken both the 100 metre and 200 meter records, which were set by Eston Kaonga in the 1970s. During the Blantyre City Marathon, I helped my team to win gold medals in 100 meters and 400 meter relay races. If you notice, I am improving all the time and the future looks bright.”
The Malawi Sports Awards are organised annually by the Malawi National Council of Sports.

MUST in art exhibition