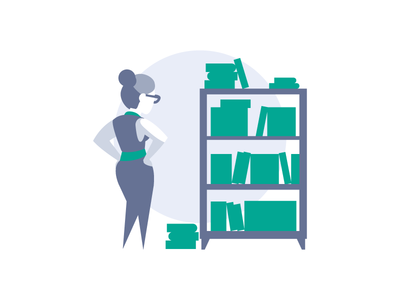 From its inception, the Bachelor of Science (Mechanical Engineering) programme at the Polytechnic of the University of Malawi, had not recorded distinction among its female graduates. But that record was broken in 2015 by Jennifer Manda, now a staff associate at the Malawi University of Science and Technology (MUST).

Born on November 24, 1991, Jennifer is by all descriptions young. Her achievements are an additional inspiration to many people, especially her students and those aspiring to go to university. As a female lecturer, she can be an effective role model to many female secondary school students in Malawi who think that science and technology programmes are a reserve for male students. For such misguided students, Jennifer is a living example that sciences are for females just as they are for males. She even went a step further to show the way by not only doing engineering in college by passing with flying colours, in so doing engraving her name in the annals of the University of Malawi’s history as first female student to get a distinction in the Mechanical Engineering programme.

Looking at her background, there is nothing extraordinary in her life: She was born at Queen Elizabeth Central Hospital in Blantyre to James and Teresa Manda of Kasungu and Lilongwe, respectively. The Blantyre-raised Jennifer is the last born in a family of four children; two boys and two girls. However, she is now blessed with eight siblings as her father remarried following the death of her biological mother in May of 2005.

When she was doing her grades 1 to 4 at St. Gnade Private School, just like most kids, she had no idea about what she wanted to be in life. However, things changed while in Grade 8 at Ntonya International Primary Schools from where she was selected to Providence Girls Secondary School in Mulanje. She wanted to be a lecturer and today she has realised her dream.

It was after her MSCE results that the idea of studying civil engineering came into her mind. However, it was mechanical engineering, and not civil engineering, she ended up doing when she joined the Polytechnic in 2010. Surprisingly, she says while in college, Jennifer did not aspire to be a lecturer but just be an engineer.

“Fortunately or unfortunately, I was selected to study for Mechanical Engineering at the Malawi Polytechnic. I did my first to fifth year studies there and passed with distinction,” says Jennifer. What she does not say is that her distinction was expected as she had won the Total Merit Awards in 2013 and 2014 for her academic achievements during her studies.

No wonder, the petroleum company offered Jennifer her first job opportunity. She was at Total Malawi as management trainee for two months. She left after the staff associate position at MUST proved irresistible for the young lady who wants to do a Masters degree in Thermal Power and Fluid engineering.

The awards, according to Jennifer, “act as a motivation for students to continue working hard in their studies as they create a platform for the hardworking students to shine and be appreciated by the community as well as the outside world”.

But how did Jennifer excel where other girls have failed? “Well, I cannot clearly say how that was possible but I can share with you how and what I did to succeed.  I planned, prayed, studied and played.” She says for her, planning is an essential element in all areas.

“I had time to plan my work and studies. I guess, I would say I knew when to do what. Those that didn’t know me quite well thought I was a ‘study-holic’ but no, I wasn’t. I had time to socialize and be part of different communities. I was actually an active member in the Polytechnic Catholic Students Organization (CSO) community.”

For all her academic achievements, Jennifer did not go very far to look for role models in her life: “I cannot talk of my success without mentioning my father and my sister, Monica. My dad is an entrepreneur and helps small enterprises to get established. He is a very hardworking man and I guess that’s where we all got the hardworking spirit from. He might be quiet but he is a greater joker.”

Jennifer does not understand why female students fear Science and Technology subjects. “Maybe the fear lies in how challenging those courses or programmes can be. But it is high time females took up challenges in life, be they academic programmes or leadership positions. Females need to rise up and prove that they are also capable of achieving great things in life.”

She admits that looking at her achievements people would be tempted to think it was all rosy for her. But she emphasises that it was not.

“I had good relations with both my classmates as well as my lecturers. They were all helpful during my studies. However, I could point out that there were times that my opinions were not taken up so seriously simply, or I thought, because I was a girl. This was frustrating but it never pulled me down,” she says.

Realising her potential to influence female students to aim high in life, Jennifer has a passion to act as a role model, especially when the activities do not affect her work.

“I have a passion to do so. I started with some career guidance sessions with the Scotland-Chikhwawa Health Initiative as a volunteer but the scheduling wasn’t quite accommodating. However, I intend to do more of the career guidance talks as part of MUST team that will be going out across the country to secondary schools to motivate students to go for science and technology university programmes,” she says.

Although Jennifer’s achievements will remain mere dreams for many female students in Malawi, for her this is just the beginning. Already she is looking forward to doing a Masters degree majoring in thermodynamics and fluid mechanics.

“The courses that I am required to lecture are thermodynamics and fluid mechanics, which were also primal courses during my undergraduate studies. However, I believe that in order to impart maximal knowledge to others, there is need for one to study and get some hands-on experience in the particular field. This is why I want to study for a Masters degree in that field.

“To supplement the lecturing, I want to engage in research work in and implementation of renewable energy projects. With the relevant expertise gained from the Masters program, I would want to work towards realisation of increased generation, transmission and distribution of electricity and promotion of other energy sources. The aim is to improve service delivery and increase output in the economy as stated in the Malawi Growth and Development Strategy II,” she says.

According to Jennifer, this can only be achieved if one obtains more and practical knowledge and understanding of heat and fluid flow processes and their role in modern methods of power generation.

Her academic ambitions are motivated by her dream to see households and communities in Malawi “not only depending on the sole electricity provider by using alternative efficient and cheaper energy sources for both lighting and cooking”.

Jennifer believes that for one to succeed in life, the biggest secret is to let God lead you and have support and encouragement from those around you.

“Believe in yourself. Strive to be unique in all that you do. Plan, pray and pursue your dreams,” she advises.