Japanese Embassy donates books to MUST 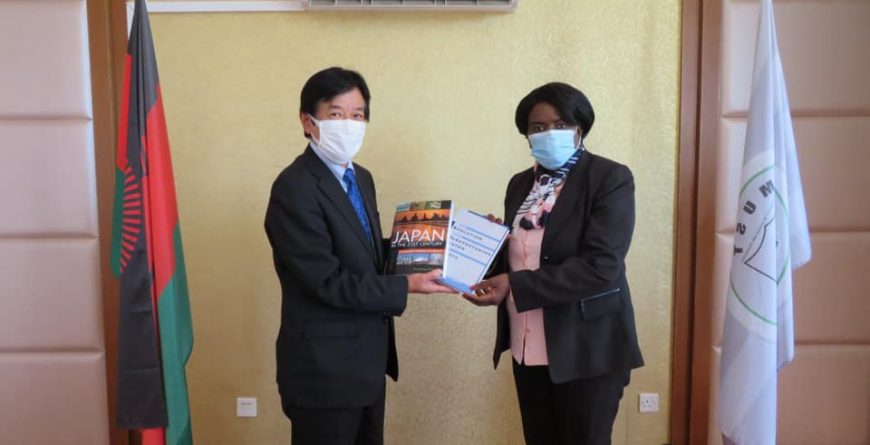 The Japanese Ambassador to Malawi, His Excellency Satoshi Iwakiri on May 27, 2021 presented a number of books about his country to the Malawi University of Science and Technology (MUST).

According to Ambassador Iwakiri, the books, presented on behalf of the Nippon Foundation, cover various areas and are aimed at inspiring staff and students at the university to emulate some of the principles Japan used to register development success.

The Ambassador said Japan started from below zero after the second World War but miraculously recovered to register a strong economy by emphasising on education and human capital development.

He said Malawi, blessed with human resources, can equally grow into a strong economy through education, science and technology.

In her remarks at the university’s campus, Vice Chancellor Professor Address Malata thanked the Nippon Foudation for the book donation, saying they will help the university to learn more about Japan’s development.

“Let me also thank His Excellency Ambassador Iwakiri for visiting MUST on his first trip to the Southern Region of Malawi. Japan has been Malawi’s friend since independence and we have learnt a lot from Japan both as a nation and as individuals. In our case, we will be interested to learn more from Japan about its development and technology,” said Professor Malata.

Before the donation, the Ambassador took a tour of the MUST campus where among others he appreciated the ceramics studios where staff and students are producing various products.

He was happy to learn that MUST plans to extend the production of ceramic constructing materials such as tiles, saying in Japan such products are a money spinner.