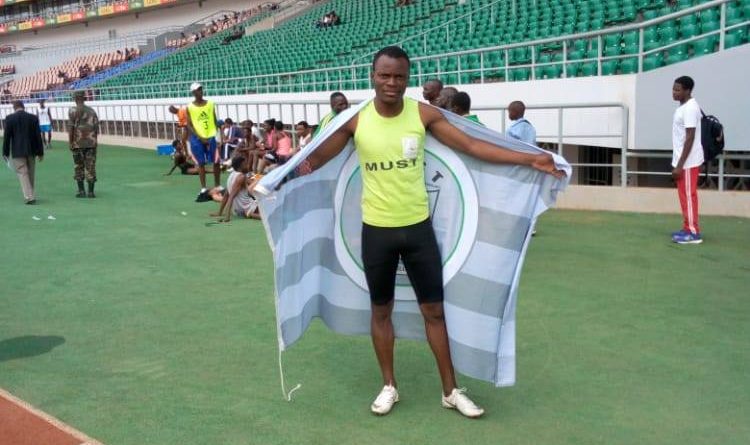 Malawi National 100 and 200 metre record holder and Malawi University of Science and Technology student, Stern Lifa, over the weekend broke another national record by beating his own previous record of 10.58 seconds in 100 metres.

This time he clocked 10.36 and with that he bagged a meritorious qualification for the African Senior Championship in Algeria this coming June.

The feat by Lifa has made him and another female 400 metre female runner and national women football team striker, Asimenye Simwaka, the first local athletes to qualify for the African Senior Championship on merit.

A month ago, the two also broke national records in their respective heats in Zambia and this time they have improved on those records by producing stellar performances at the All Corners Track and Field event held at Heroes Stadium in Lusaka, Zambia.

“I am very excited, especially to know that I came third in a race involving eight top athletes from Kenya, Zimbabwe, Denmark, Eswatini, and Zambia, just to mention a few. I was also happy that I continue to break national records. My aim is to qualify for Olympics in Japan and at the rate I am going, I see it happening,” said Lifa who has now broken the Malawi national record for 100 metres for the fourth time.

“Being one of the first two Malawian athletes to qualify for the Senior African Championship on merit is a huge motivation. I will ensure that I don’t relax so I can realise my dream of qualifying for the Olympics.

The continental athletics masterpiece in Algeria will also be used as qualifiers for the 2021 Olympics in Tokyo.

The Nation newspaper quoted national athletics coach Pachisi Nyasulu as saying he was equally delighted that some of his athletes have made history by qualifying for Algiers.

“It shows that we are on the right track because our athletes’ performance has been awesome and we are hoping that in the remaining qualifiers, they will seal Olympics qualification,” Nyasulu said.

“We have the Gaborone International Meet coming up on April 23 and then the Algiers Championship in June. So, we are hoping that they will punch their tickets to the Olympics.”

The newspaper also interviewed Malawi Olympic Committee (MOC) president Jappie Mhango who hailed the athletes for giving out their best.

“We are delighted that for a change, our athletes will not be competing at the Senior African Championship on solidarity but on merit. They have done the nation proud and what remains now is for them to work extra harder so that they qualify for Olympics.”

Reclaiming agency over Covid-19 in Malawi

MUST takes on board community innovators