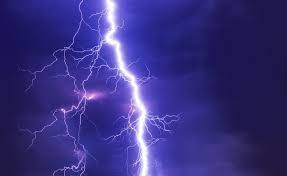 A study on prevalence of lightning cases in Malawi between 2010 and 2017 by experts at Malawi University of Science and Technology (MUST), has shown a general increase in the number of fatalities and injuries.

However, the research showed a fluctuation in both lightning deaths and injuries during the period.

In an interview recently, one of the researchers, Steven Gondwe, who is a lecturer in GeoInformatics, said the findings came against a backdrop of scarcity of information on lightning fatalities in many regions of the world.

“The lack of information is there despite the need to have such information for decision-making and policy formulation to address this risk,” he said.

“This retrospective study covered the period of 2010-2017 and it was clear that lightning fatalities only occurred from November to February with December being the highest.”

He said the study also showed that more males get injured and killed by lightning than females “mainly due to men being exposed to risky outdoor activities more than females”.

“In terms of age, the older population is less vulnerable to lightning. Most fatalities occurred outdoors while only 36% occurred within enclosed spaces. Malawi’s rate of lightning deaths is about 50 times greater than in some developed countries,” Gondwe said.

Children and young men are the most affected by lightning, especially those in the age group between 16 and 30 years, which accounts for 39% of the total number of people killed by lightning.

On the other hand, individuals above 56 years are the least affected group, accounting for about 2% of the total casualties. This was attributed to individuals in this group being less active outdoors hence less exposed to labor-intensive activities such as farming compared to other age groups.

The study also showed that many people were killed or injured inside buildings, followed by those in open grounds and then those in gardens.

“It is very important that strategies be initiated for awareness of the effects of lightning and how to mitigate them. The awareness should stress the need for seeking safety and where these safe places are located,” said Gondwe when asked about what needs to be done going forward.

MUST student among winners in UNESCO India Africa hackathon