MUST in clean up exercise 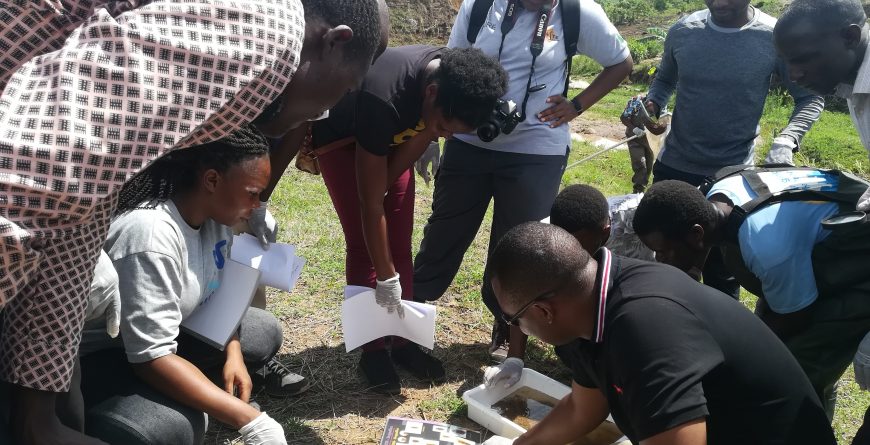 Staff and students under MUST Society of Sustainable Ecosystems (MUSTSSE) on December 11, cleaned up Chimvu River, which is on the outskirts of the university.

The Society is involved in several projects aimed at conserving the environment and ensuring sustainability of ecosystems.

Speaking during the exercise, the Society’s chairperson, Priya Samson, who is also a lecturer in Biology, said they cleaned up the river as part of the campaign launched by President Lazarus McCarthy Chakwera last month.

The event is held on the second Friday of every month.

“Apart from staff and students, we were also joined by a local chief and members of the community. We are trying to involve community members to inform them on the importance of caring for the environment so that they should have a sense of ownership of the environment,” she said.

Samson said apart from cleaning up the river, they were also involved in bio-monitoring of the river water.

MUSTSSE publicity secretary, Dr Emmanuel Vellemu, said they chose Chimvu River because it is near the institution.

“We are using a science approach to removing plastic bags, digging up the trash, and identifying speciies present in the river for communities to know how to take care of them,” said Dr Vellemu, adding that as they were walking along the river, plastics were collected and people in the community were told about siltation and how to control it.

Dr Vellemu, along with his students, demonstrated sampling of different micro invertebrates from the water and their identification.

“People from the community were involved in sampling at different points and were able to identify the species. At the end of the activity a simple calculation was done to understand the level of pollution in the water, of which all sites where samples were collected showed pollution,” said Dr Vellemu.

On his part, group village head Edward commended MUST for organizing the exercise, saying it will help the river look clean and attractive.

“As community members, we will ensure that the river is always clean by planting more trees along the banks and ensuring that people are not turning it into a dumping site and carelessly cutting down the trees,” he said.

Meanwhile, MUSTSSE has announced plans to provide various fruit seedlings and other woody seedlings to the community for planting along the river banks.

Withered by watering can