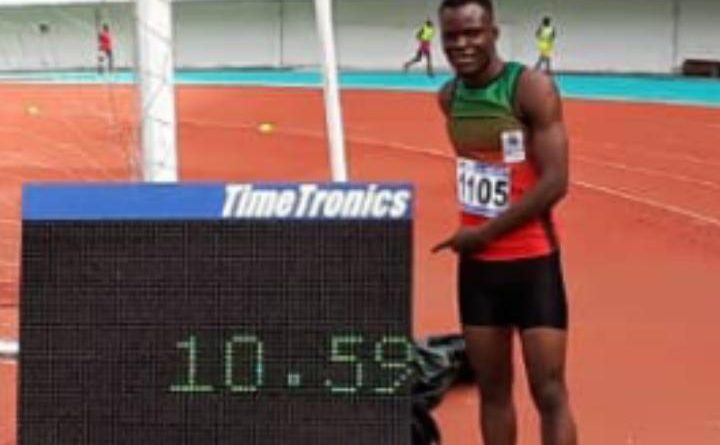 Lifa, and another female athlete Asimenye Simwaka put up sterling performances during the recent qualifiers for the Tokyo Olympic Games in Lusaka, Zambia over the weekend.

The athlete competed in short distance sprinters of 100 and 200 metres and broke his personal record registered at the World Athletics championships in Doha, Qatar in 2019.

On the other hand, Simwaka, who is also a national women’s football team striker, broke her national record in 400 meters set by late Gertrude Banda.

This means both Lifa and Simwaka will take part in the final qualifiers slated for Botswana in April.

In an interview, Lifa said he was excited to break the Malawi national record for the third time.

“I clocked 10.58 seconds and this really shows that chances are there for me to reach sub 10 seconds. We are still on qualifications although we are not sure where we will go next. Whatever the case, I am confident that I will continue reducing my time,” said Lifa.

“Malawi Olympics Committee (MOC) is providing the much needed support necessary for me and my colleagues to do better and qualify. Hopefully we will qualify.”

Athletics Association of Malawi General Secretary Frank Chitembeya was excited by these developments, saying: “This was a good performance by our athletes. We are gaining some mileage. We wish them all the best and thanks to the technical team,” Chitembeya said.

“We want to encourage them to aim higher. They should not relax because the qualifiers are not yet over,” Kaputa, who is also Football Association of Malawi Technical Director, said.

Malawian athletes have never qualified for Olympics Games but have been participating on solidarity basis. –Additional reporting by The Daily Times