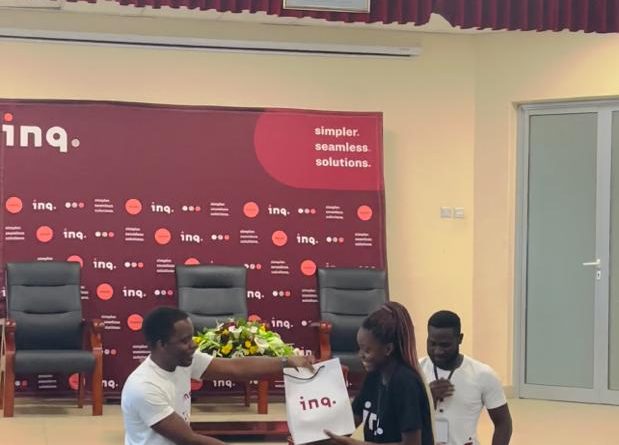 A student from the Malawi University of Science and Technology (MUST), Gift Saka, recently won an award in the Arduino Hackathon competition for females.

The competition took place last month at the Malawi University of Business and Applied Science (MUBAS), with 21 females participating.

Gift was among the four young ladies who emerged winners of the hackathon and she also qualified to represent Malawi in the regional hackathon which is scheduled for April 2023 in South Africa.

The Arduino Hackathon is a competition in which the participants’ problem solving skills and coding skills are tested on Arduino.

This year, Inq Malawi in collaboration with Indabax, hosted the competition to empower young women with necessary digital skills in technology and innovation and to also boost equal entry in the modern digital workforce.

Commenting on the development, Gift said she was very delighted to win the award as it has come with several benefits.

“I am happy to represent Malawi. This competition has helped me to gain exposure and also offers from major companies in the technology field. Apart from that, we were also awarded prizes in form of tech gadgets,” she said.

Gift encouraged other females in Science, Technology, Engineering and Mathematics (STEM) fields to have courage and challenge themselves in similar competitions.

“It’s possible for females to advance in STEM and there is no harm in trying and participating in competitions even if it is just to get some experience,” Gift said.

Currently, Inq Malawi has set up a series of trainings in preparation of the Ing Sales Summit regional hackathon in 2023.

The Malawi team is expected to compete against seven other African countries.