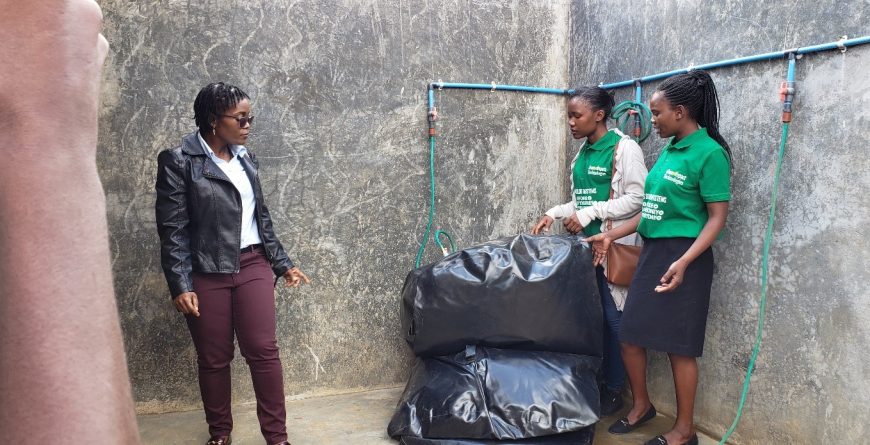 The prices of meals in most restaurants at Tsangano market in Ntcheu are by all standards reasonable, especially when one considers both the quality and quantity. Yet when asked how they manage to bring their costs down, the restaurant owners have no idea, just saying their customers cannot patronize them if the price was higher. If you ask any marketer, a price of a product should not be based on the buying power of the customer alone because that would lead to losses.

A lady who owns one of the thriving restaurants at the market renowned for its vegetables, said their huge cost is on power, either electricity, charcoal or firewood.

“We can’t prepare meals using electric cookers because they consume too much power and that would leave us with huge electricity bills. Firewood and charcoal, which are alternatives, are no longer easily accessed so once you find them, and they are mostly from nearby Mozambique, they are equally exorbitant and they yet they are unclean and unhealthy too,” said the business lady, adding that she wished there was a more affordable source of power for her business.

According to statistics in Malawi, apart from most users finding the tariffs too high, electricity is also unreliable due to intermittent power supply. As such, electricity is considered by most Malawians as too expensive and unreliable for cooking, even in urban areas where connectivity is higher. Electricity tariffs were raised by 84% in 2013. This has left firewood and charcoal as major cooking fuels, despite their negative effects on the environment.

Interestingly, 46 percent of the national charcoal demand is in urban areas. In rural areas, firewood provides 100 of cooking fuels. But due to deforestation, firewood has been scarce thereby pushing its price high. Essentially firewood and charcoal have lost their low price position.

As such, the need for alternative clean and more affordable sources of cooking energy is growing across Malawi. This has called for exploration of renewable energy. However, the challenge for Malawi is that most of the efforts on renewable energy, with probable exceptions of solar, are academic and if they translate on the ground, they have mostly not been commercialized to enable most Malawians access their benefits.

One such alternative clean and more affordable energy resource is biogas, but in Malawi it has more mentioned in academic papers and on the ground, it is mostly small scale and for household usage.

But there is good news for Tsangano market residents and Malawians in general courtesy of a biogas plant initiated by the Malawi University of Science and Technology (MUST) and operated by Green Impact Technologies (GIT) under a public private partnership.

While MUST and GIT are partners in the project, the support for the initiative came from Science Granting Councils Initiative and Malawi National Commission for Science and Technology (NCST).

According to Chikumbutso Bvumbwe of Intrinsic Biogas, contractors of the project, this biogas plant with a 50 cubic metre digester, is probably Malawi’s first commercilised biogas project.

“We are hopeful of its sustainability as Tsangano market alone has plenty of vegetable waste for the plant. With incorporation of the abattoir to direct butchery waste into the digester, we will have enough waste to run the plant and get enough gas to meet demand,” he said.

On his part, Head of Energy Resources at MUST, John Taulo, results from their baseline survey showed that the biogas is very competitive on the market as it is both affordable and clean.

“This plant, apart from solving energy challenges around here, is also beneficial in that it is helping to make the market hygienic as we are now collecting all the vegetable and other market waste and pour it into the digester for generation of gas. Even butcher men have been provided with a modern abattoir where the waste is channeled straight into the digester. This has helped in maintaining hygiene around the market which was previously a huge challenge. In brief, we are using waste to generate energy,” said Taulo.

“Additionally, the digester’s other final product after the decomposition is liquid fertilizer which we will also be processing and selling. So essentially, the biogas plant will be giving us two products; biogas and liquid fertilizer.”

GIT managing director Admore Chiumia whose company will be running the plant and selling the gas, said their market research has shown that demand for the gas is huge.

“People are struggling to source reliable, clean and affordable sources of energy. The hills around here have been cleaned of trees and people are using firewood or charcoal from Mozambique which is expensive. So our coming has been a huge a relief to these people,” he said.

He said all customers will be given a plastic backpack and biogas stove.

“The backpack is what they will be using to load biogas when they come for replenishing as this will only be done at source. We also realise that not many of them may have easy access to biogas stoves so will make them available,” said Chiumia.

He said to ensure good waste management, they will provide bins in the market where users can dump waste based on a list of categories. Apparently, the plant’s digester cannot take any waste that has high acid content such as citrus fruits hence the need to start the categorization of waste at source.

“I am into charcoal selling but we source it from deep inside Mozambique and when we bring it here, we factor in all the challenges we faced and this pushes the cost up. However, I am happy with the biogas project especially for the hygiene that it has brought to the market through usage of the waste that we generate. Previously we were just dumping the waste due to poor waste management mechanisms here so their coming is a huge relief,” he added.

Chiyelekezo Sinclair slaughters and sells goat meat at the market and said on a good day, there are over 30 goats killed and all the waste is channeled into the biogas plant.

Apart from clearing the waste at the market and providing communities with clean and more affordable energy, the project has also brought job opportunities.

“The plant needs a lot of water to run properly so we are fixing the water system for the market that was broken some time back and once fixed, the vendors in the market will also benefit by having easy access to clean water,” said Chiumia, indirectly responding to one of the requests from Mapondera.

Mutharika impressed with MUST Covid19 innovations

MUST and Mangochi Community