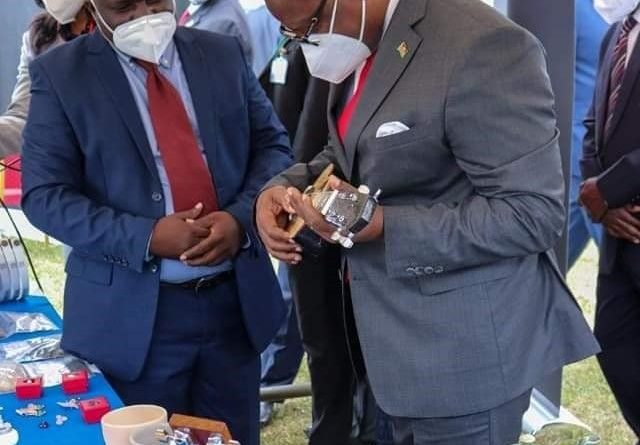 His Excellency Dr Lazarus McCarthy Chakwera, President of the Republic of Malawi, was on June 1, 2021, installed as Champion of Higher Education in Africa by the Regional Universities Forum for capacity Building in Africa (Ruforum).

Ruforum is a regional higher education membership body of around 129 university members in more than 36 African countries.

Speaking during his installation at Kamuzu Palace in Lilongwe, Dr Chakwera said the position was both humbling and demanding as it required him to work harder in promoting and supporting higher education in Africa.

“I did not foresee a day like this coming when Ruforum’s promotion of higher education would coincide with my own promotion, through my recent State of the Nation Address, of higher education for human capacity development as an accelerator towards my administration’s intent to create jobs, create wealth, and create food security,” said Dr Chakwera.

Ruforum executive secretary Professor Adipala Ekwamu said they expect a lot from the President, especially in areas of increased distribution of higher education access in all the regions.

“President Chakwera has shown interest to promote higher education. However, we would love to see him continuing giving access to education to all in Malawi and in all the regions and not only to a particular region and also expand opportunities to all Malawians,” said the Uganda based Ekwamu, adding that to realise this requires that disadvantaged groups such as the girl child are promoted.

Chairperson of Ruforum, Professor George Kanyama Phiri, who is also Vice Chancellor of the Lilongwe University of Agriculture and Natural Resources (Luanar), said they will continue working with partners to promote higher education in Africa.

Ruforum initiated mobilization of 10 African Heads of State and Government (named as the Committee of 10, or C10) to champion higher education science, technology and innovation in Africa.

The purpose of the C10 is to facilitate implementation of the provision of Higher Education, Science, Technology and Innovation in the AU Agenda 2063, the Africa We Want.

Malawi hosted the first C10 meeting in Lilongwe in November 2018.

Dr Chakwera, was selected as champion for Higher Education in Africa because of his longstanding contributions to education and in particular his leadership in this area since becoming President.

According to Minister of Education, Honourable Agnes Nyalonje, the recognition of the President will also propel and position Malawi as a continental leader in Higher Education, Science, Technology and Innovation. Before the installation, Dr Chakwera inspected displays by the country’s six public universities where various products, activities and innovations, were showcased

Japanese Embassy donates books to MUST

MUST graduates 61 youths in skills development