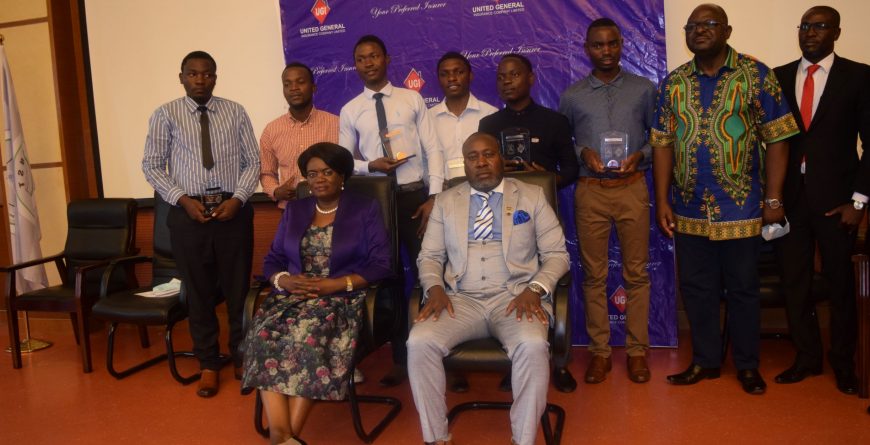 UGI Chief Executive Officer Bywell Chiwoni, who presented the awards together with MUST Vice Chancellor Professor Address Malata, said UGI was committed to nurturing Malawi’s effort to rise as an international innovation and technology hub hence their support to the Vice Chancellor’s students’ excellence awards.

“UGI’s role is to help enable these students’ success through our initiatives and resources. That is why last year we launched a three year K15 million sponsorship here, out of which, K9 million was set to support needy students to ensure that the well deserving students acquire their education and fully contribute to our nation’s economic development through advancement in science and technology,” said Chiwoni.

“In the same pot, UGI allocated K6 million to be used for three years for the annual competition, which seeks to stimulate the creative thinking capacities of our students to apply innovation and technology to tackle issues and challenges related to our everyday lives.”

Chiwoni said he was confident that the six students, namely Nathan Kapelemera, Kingsley Posiyano, Precious Chigamba, Louis Kandiado, Paul Harawa and Solomon Ngwira, will play a vital role in realizing the promise of innovation and technology development in Malawi.

“As UGI, we are proud to be associated with this scholarship. UGI is the innovation leader in the general insurance industry. With our AutoServe, AutoShield and AutoPrice products, Malawi was the second country after South Africa to introduce telematics in southern Africa. Neighbouring countries such as Zimbabwe are learning and adopting what we had implemented in 2017. This is why we are in full support of this initiative,” said Chiwoni.

“The students receiving these excellence awards emerged the best in their programmes in engineering, ICT and medical related programmes. These awards have a way of motivating one to aim higher and propel you to greater levels of academic excellence. It is my hope that the awardees we have today, will experience the same,” she said.

The MUST Vice Chancellor also advised other students to emulate the example set by the six students.

A representative of the awardees, Chigamba, who is a fourth year Medical Microbiology student, thanked UGI for the awards and also hailed their lecturers for imparting knowledge in them.

The students got miniatures and K380,000 cash each from UGI.